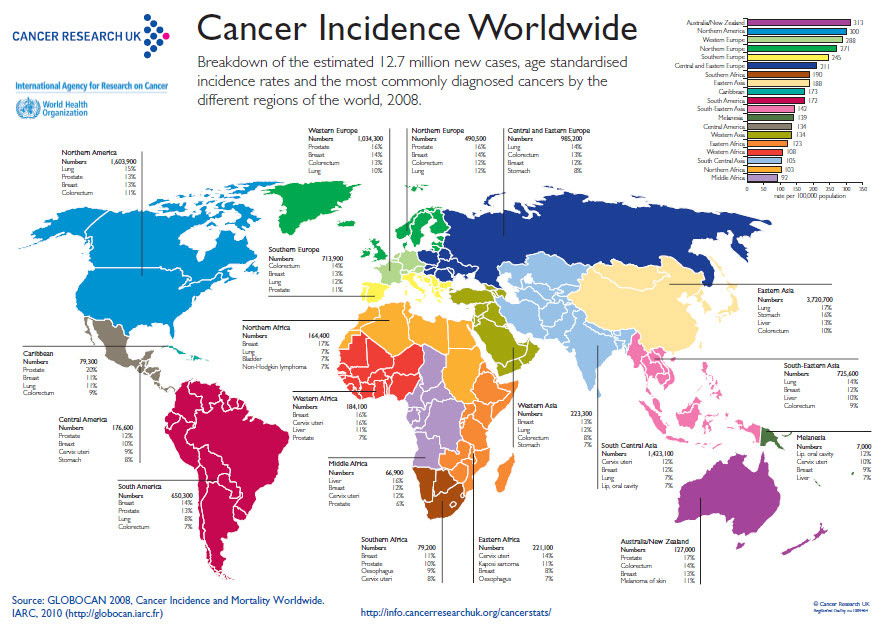 A new paper has been accepted by Ecological Economics! The paper, by Tommaso Luzzati (REMARC), Angela Parenti and Tommaso Rughi, is titled “Economic growth and cancer incidence”.

Why do we observe increasing rates of new cancer cases? Is the increasing burden of cancer mainly the outcome of higher life expectancy and better life conditions brought about by economic development? To what extent do environmental degradation and changes in life-styles play a relevant role? To answer these questions, we empirically assessed the relationship between per capita income and new cancer cases (incidence) by using cross-sectional data from 122 countries

We found that the incidence rate of all-sites cancer increases linearly with per capita income, even after controlling for population ageing, improvement in cancer detection, and omitted spatially correlated variables. If higher incidence rates in developed countries were merely due to those factors, and not also to life-styles and environmental degradation, we would have found a flat or even an inverted-U pattern between per capita income and cancer incidence.

The regression analysis was applied also to the eight most common site-specific cancers. This confirmed the existing evidence on the different patterns in rich and poor countries, explained the pattern of the estimated relationship for aggregate cancers, and gave some other interesting insights.

New book chapter about the Ilva case in Taranto